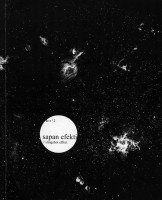 Periferi Kolektif, scales up the discussion that it initiated with the exhibition Yikim/Destruction 2011 with new events entitled Gerçeklik Terörü/Reality Terror. The international exhibitions coordinated by Rafet Arslan and Alper T. Ince will be held at the beginning of May in Depo, Mars and Asfalt Kadiköy respectively.
With the participation of the team who created Yikim/Destruction 2011, one of the exhibitions which made a tremendous impression last year, and with participation of 65 artists including 17 from abroad, Gerçeklik Terörü/Reality Terror brings together artists and works from different disciplines again with an independent collective stance without patrons or sponsors.

Gerçeklik Terörü/Reality Terror aims to create a questioning, destructive, poetical language and aesthetics against arts and life in a world where the last traces of reality has been wiped off. Is an existence against the fake realities constructed by the intertwined relations of arts and the market, of media and censorship, of politics and pornography possible?

With its poetical and destructive praxis of contemporary arts, Gerçeklik Terörü/Reality Terror invites you to question your beliefs, to find the world odd - the world that we live in and that we take as real -, to open the doors of new realities, of new possibilities, of other worlds despite all their pessimism.
Triggering a new language, a new aesthetics and even a new evolution for the new consciousness/human, the politics of mutation!